Start 2021 with a climate strategy for your start-up

Engage your start-up with the first solution that allows you to initiate your climate strategy: carbon footprint, continuous monitoring, action plans and employee commitment. 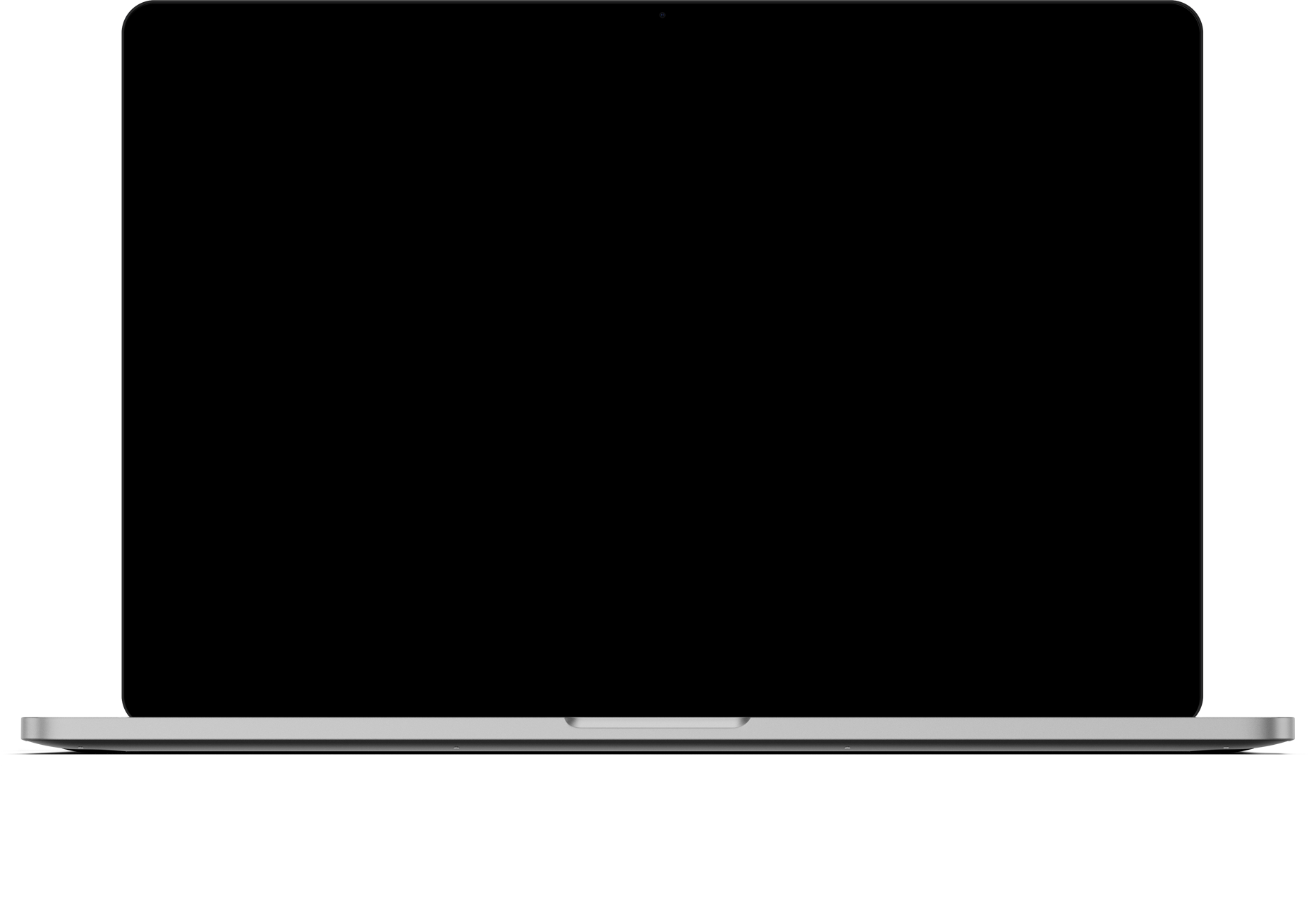 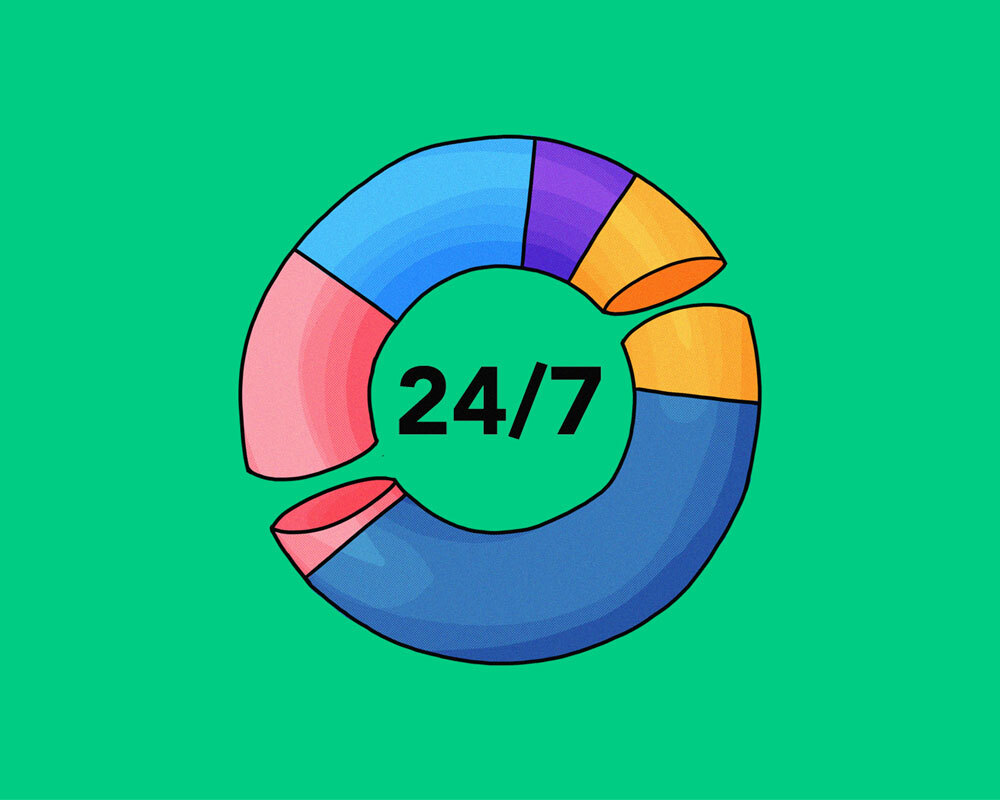 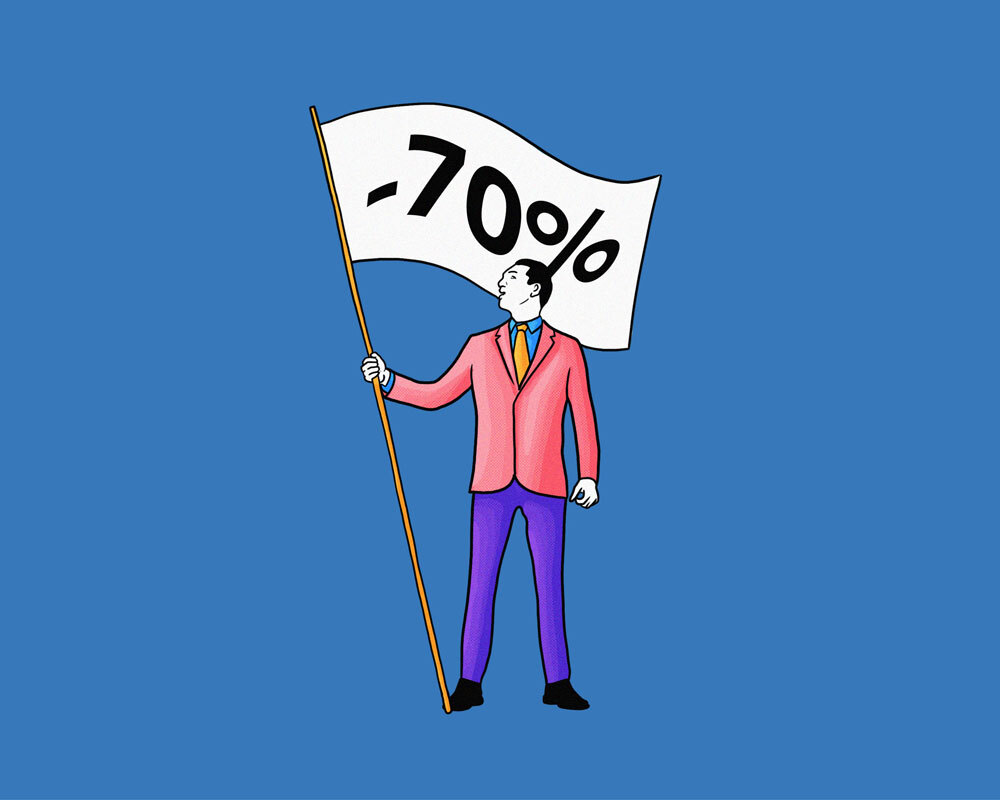 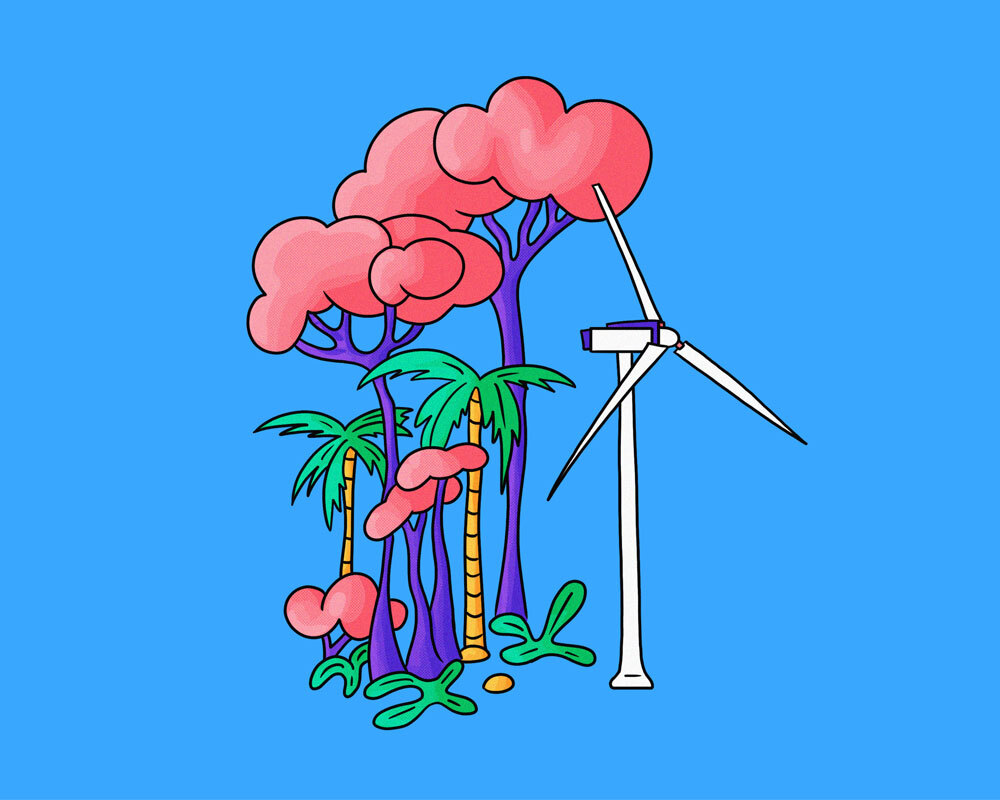 Compensate for your impact 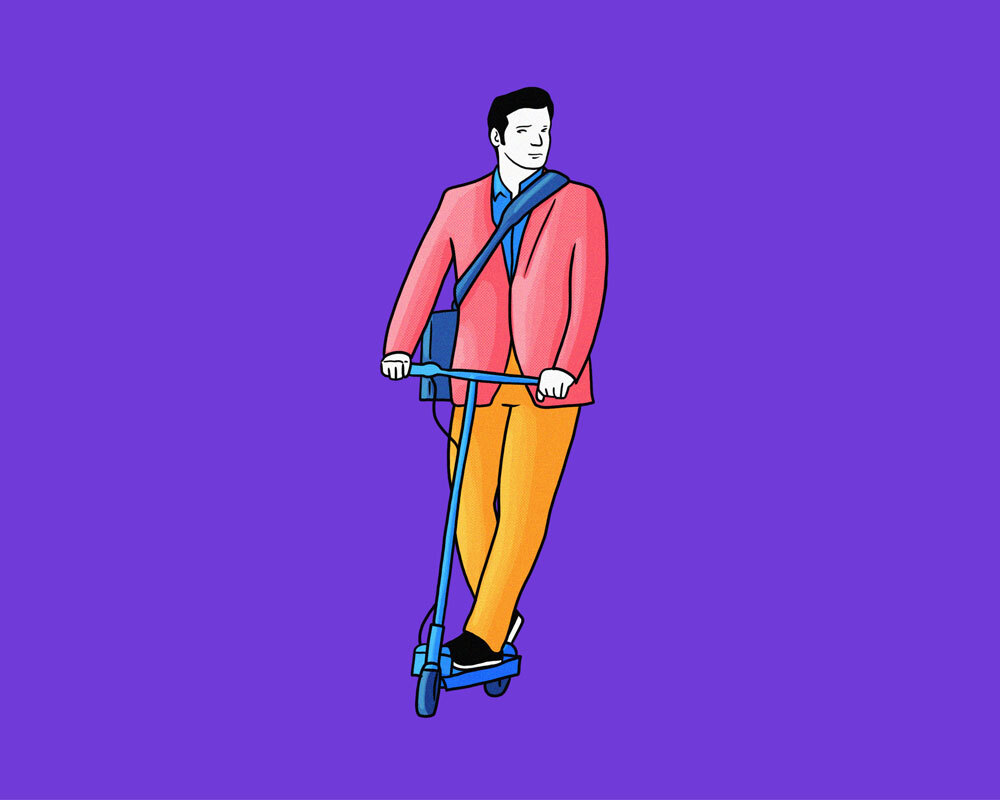 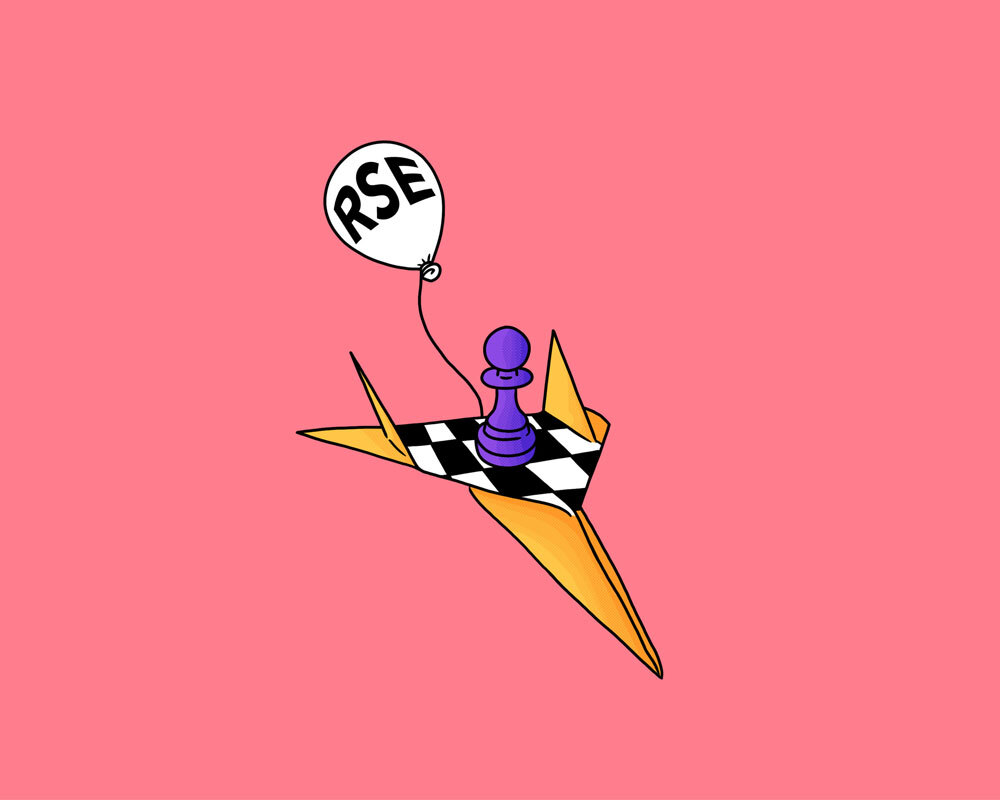 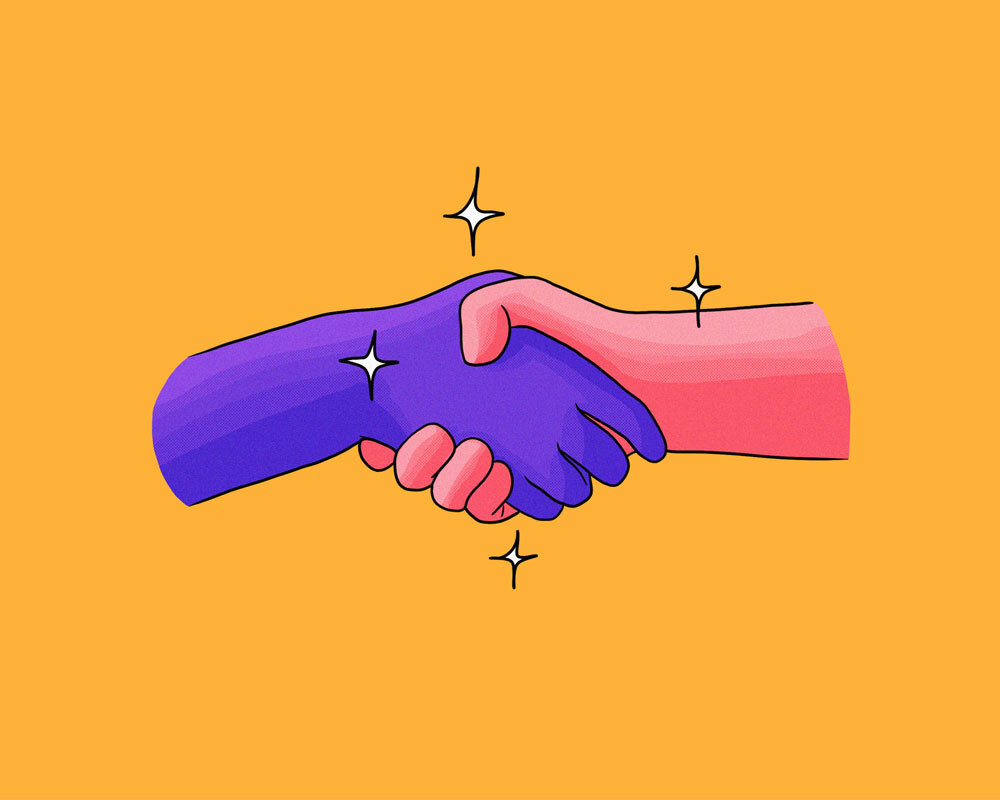 Take care of your employer brand

Compensate for your impact

Your start-up will finally be able to do its part

You've decided to enter the vast world of entrepreneurship and opt for environmentally friendly growth. You've come to the right place. You no longer need to spend €10,000 to €30,000 to make a concrete commitment by carrying out a carbon balance sheet. So that your structure can do its part, Greenly has developed software that drastically reduces the time and costs associated with your climate commitment.
Structure data collection, monitor your emissions in real time, engage your ecosystem, aim for carbon neutrality.

The keys to a commitment without greenwashing 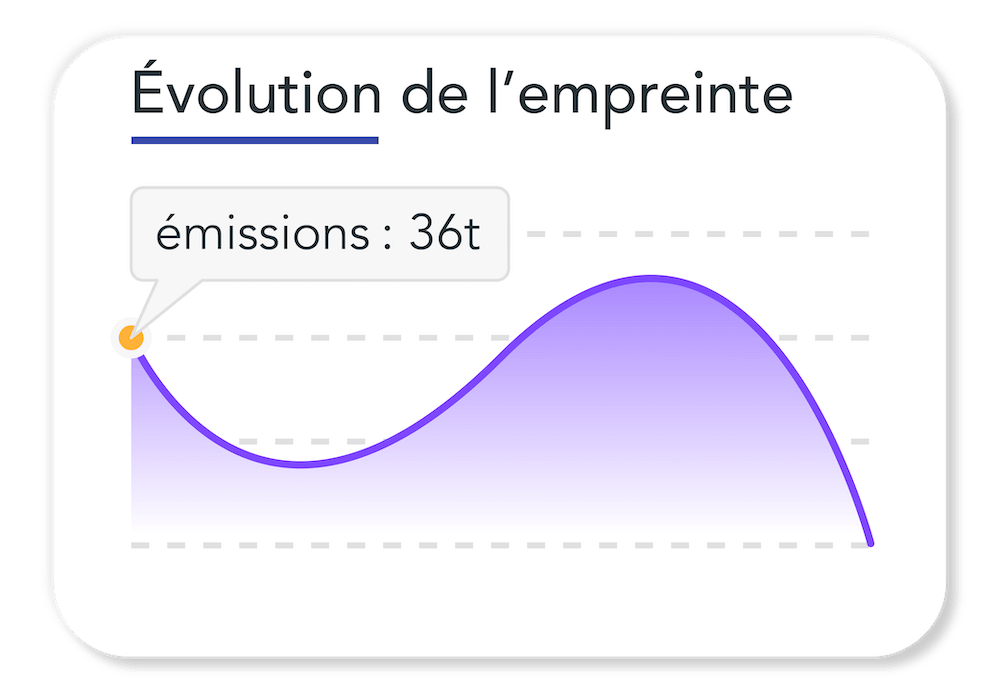 Certified and within your reach

Make your regulatory carbon footprint and track your CO2 emissions over time thanks to innovative technology that automates the collection of financial data, just like accounting software.

Carry out your carbon footprint

Tailor-made for a concrete commitment

Benefit from personalized advice to effectively engage your start-up towards carbon neutrality, and let your customers know that you are the masters of your impact.

Make an appointment with an expert

Schedule an exchange with our expert to tell us about your needs. On-boarding your company will only take a few minutes. 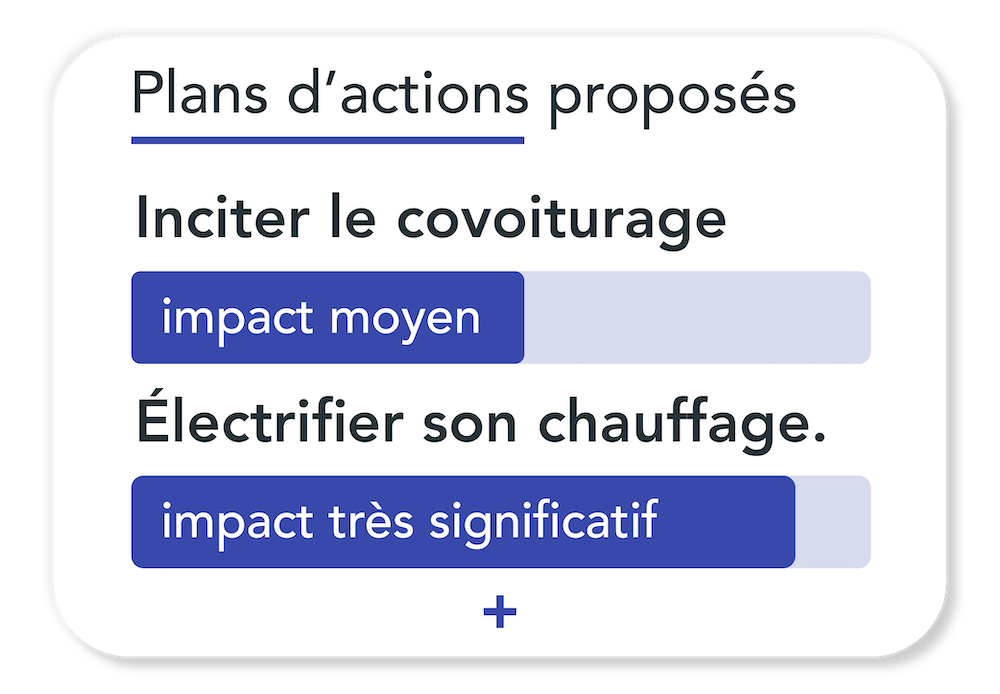 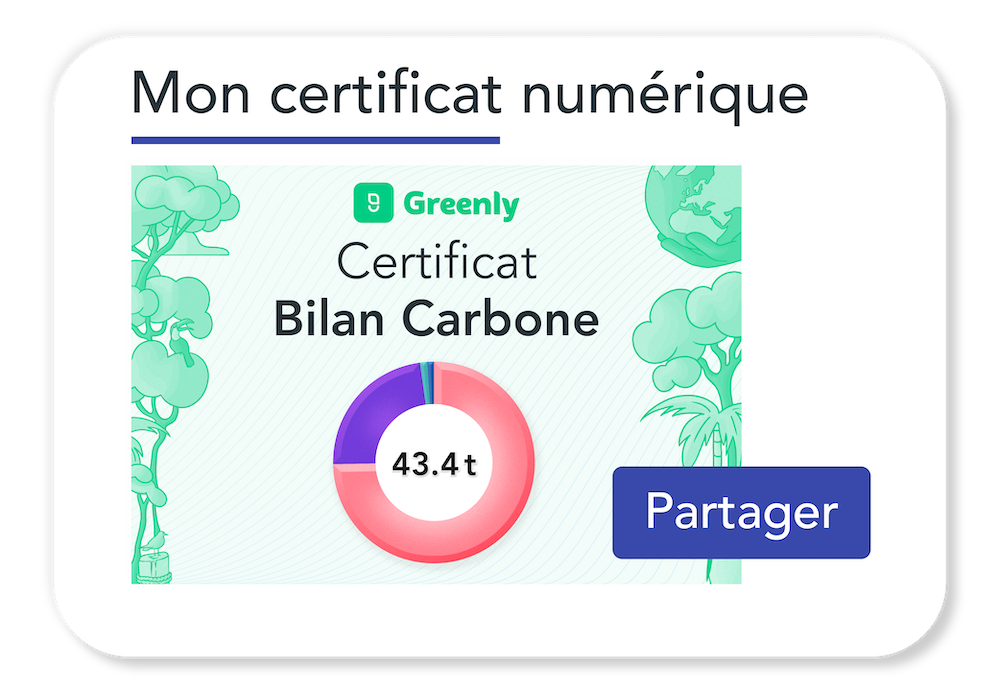 Enhance the value of your shares

7 out of 10 young people think that companies still lack a deep and sincere commitment in this area. To stand out and attract future talent today, communicate your actions.

We carefully select the offset projects on our platforms to ensure transparent development. Every euro invested must make a difference. 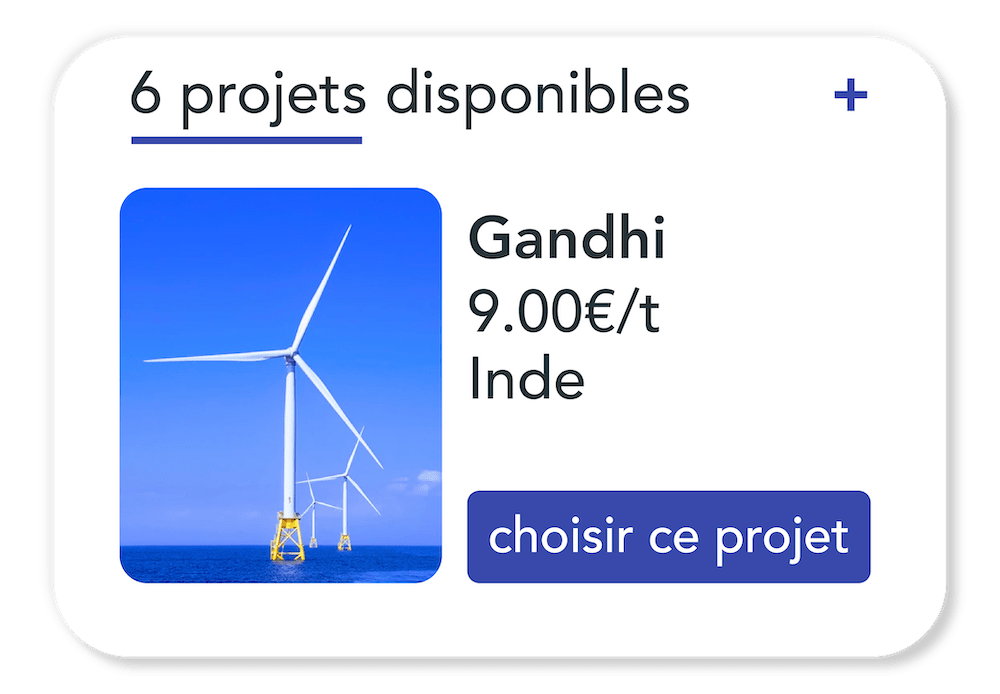 Our offer for companies

Start today with a certified emissions assessment to measure your emissions and access our action plan.

A recognized technology, Greenly elected Fintech of the year 2020

Our calculations approved by a scientific board of experts

Everything is done automatically, no extra work for your employees. Synchronize the company's bank accounts to automatically track emissions related to each expense.
⏳

No more carbon footprint frozen in time, Greenly analyses your carbon expenditure on a daily basis and allows a detailed analysis of the impact of your activities.
⤵️

Greenly accompanies you with advice and solutions to reduce the impact of your expenses.
🎯

Commitment of the teams

Communicating to your employees about how to reduce the impact of your carbon expenditure gives you the legitimacy to encourage your employees to do the same in the exercise of their activity.
🌳

The compensation is concrete. You will see the benefits of your efforts engaged in certified and labeled projects.
🏆

All stakeholders are sensitive to improving your CSR performance. Greenly is at the heart of your approach.

+ support from our experts

Throughout the duration of your subscription to the platform, our experts will keep an eye on the correct categorization of your expenses, and will re-categorize the labels if necessary to keep the measurement as accurate as possible.
1

We take stock of your expectations, and your operation to be as efficient as possible.
2

You take the measure in real time, and this is the key to progress and reduce your impact.

So you don't have any more doubts. 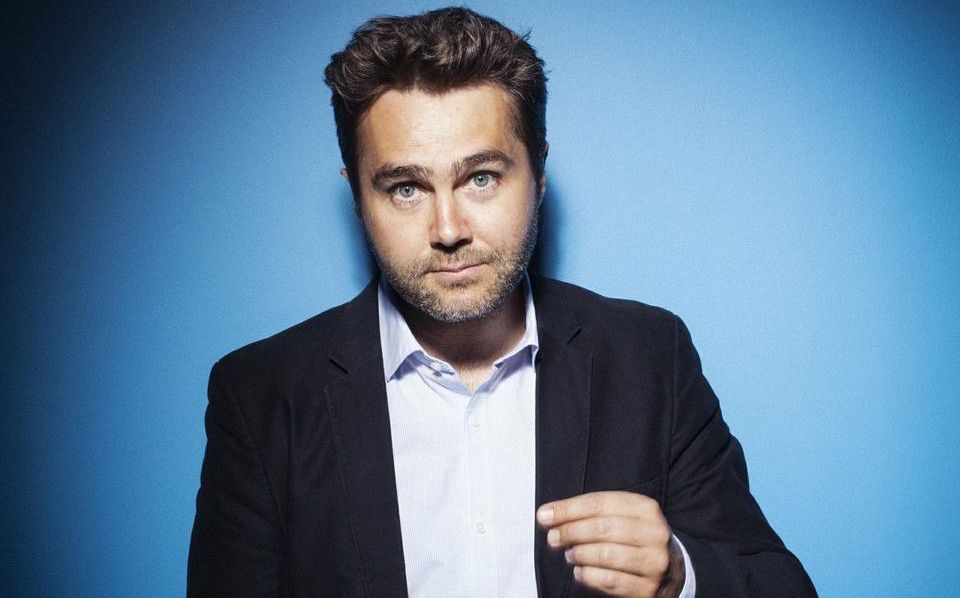 From now on, all entrepreneurs must integrate climate impact into their business model. French Tech must seize this very special moment to deploy innovations that will accelerate the transition and position us as a leader.

Greenly's know-how is a solution that will help all companies to progress because they go into detail, and each employee, each department, each service will find matter to progress based on a regular analysis throughout the year. Greenly is the essential tool for CSR managers. 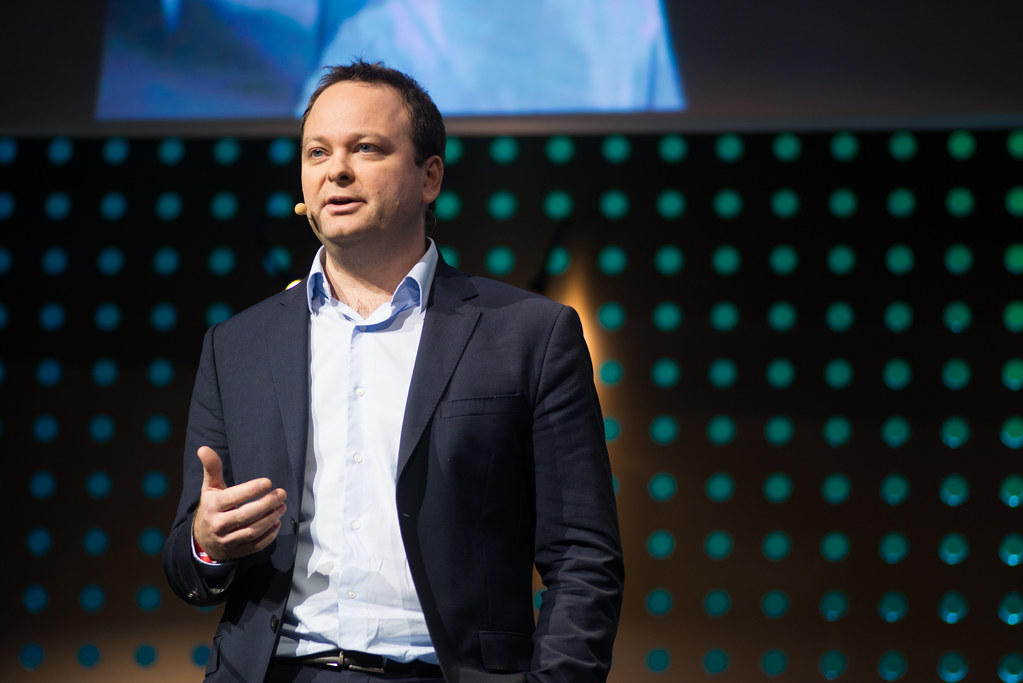 The expertise of a consulting firm, plus agility.

So that you can concentrate on the essentials, we work tirelessly to offer you optimum guarantees on the protection of your personal and banking data.

Discover all our offers
› 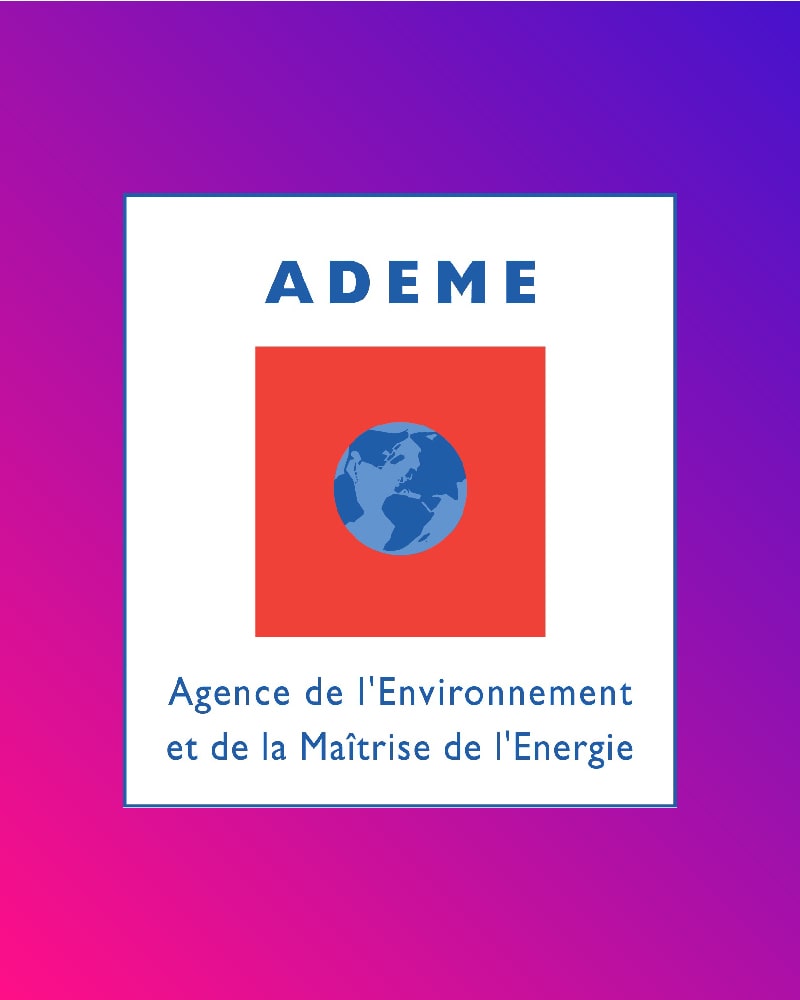 A scientific and transparent calculation methodology

Our methodology is based on the data provided by the Ecological Transition Agency (Ademe). 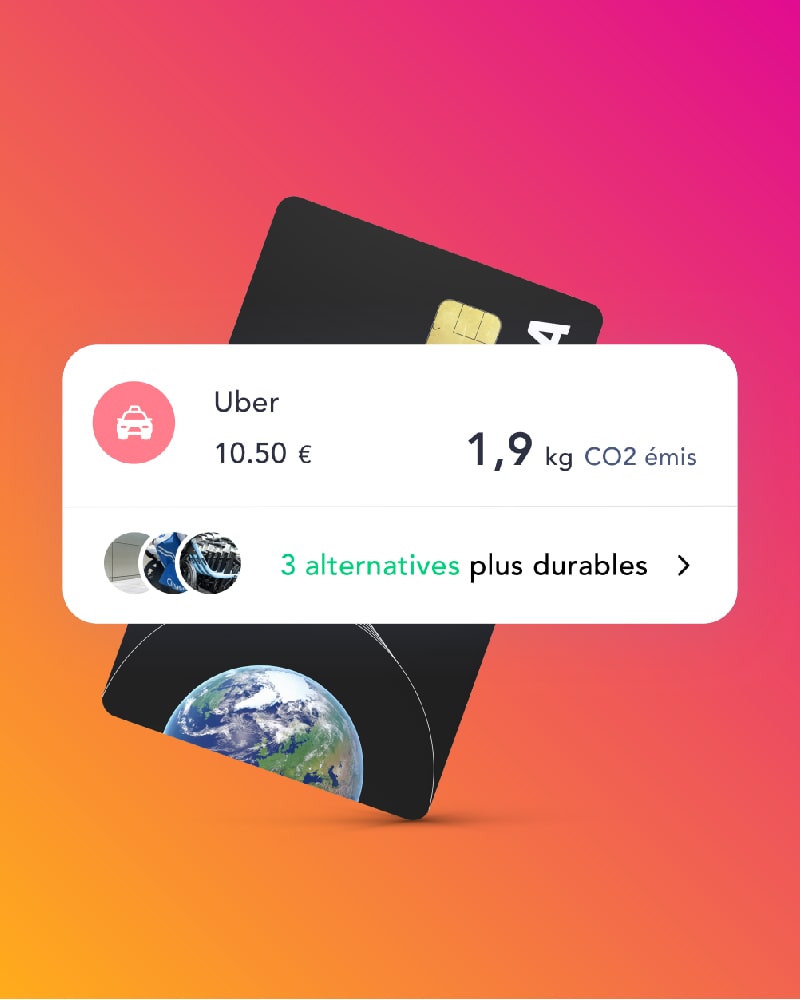 Your personal data is hosted on secure servers in Europe and is protected by the General Regulations for Data Protection. 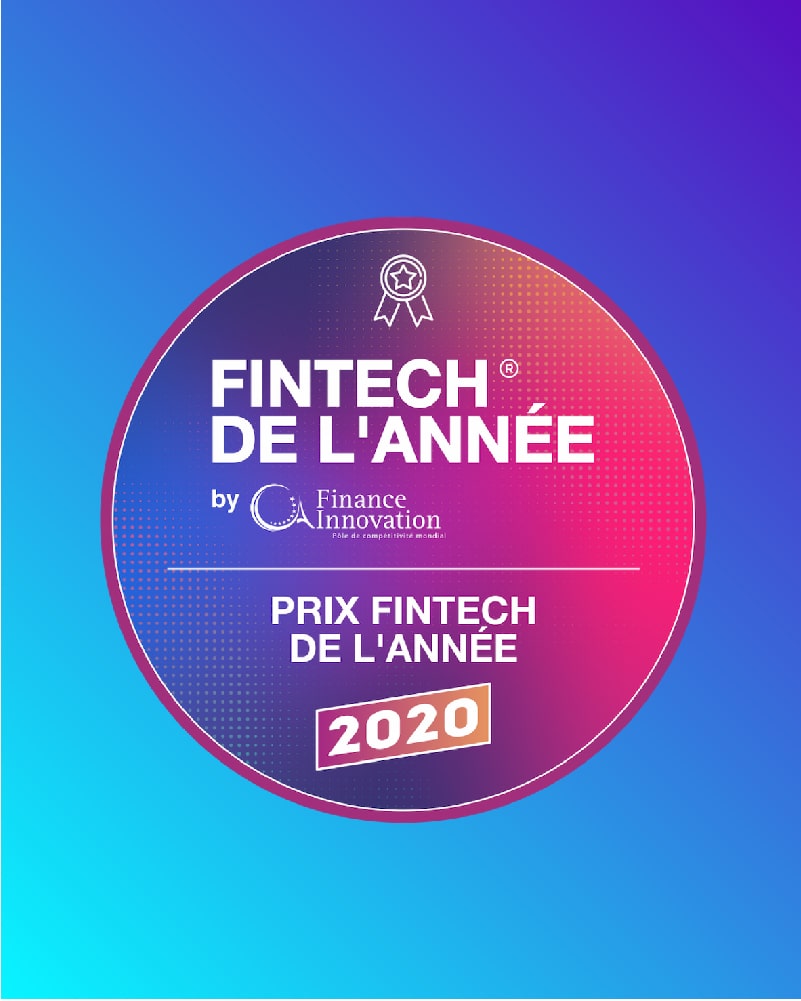 Greenly elected Fintech of the year 2020

Greenly has been elected Fintech of the year 2020 by a jury of about twenty professionals and experts from the bank.

It would be a shame to stop on such a good path...

He has no maturity for commitment. Whatever your level of development, we want to make it easy for each structure to be able to do its part. Join dozens of innovative and climate-friendly start-ups today.

To answer some of your questions

1. What is the carbon footprint?

The corporate carbon balance sheet or Bilan GES (Bilan des émissions de Gaz à Effet de Serres) allows a precise diagnosis of the direct and indirect greenhouse gas emissions emitted by a company. To do this, this carbon balance for SMEs, VSEs or large companies takes into account both the consumption of the products and services offered and their complete life cycles (from their creation to transport, including the energy used during use). For this purpose, we speak of perimeters or "Scope" to talk about the emissions linked to a company's activity within its legal scope of activity: - Scope 1 concerns all the company's direct emissions (vehicles used in the context of the activity, fuel consumption, etc.); - Scope 2 concerns all indirect emissions linked to downstream activity (customer travel to come to the company concerned, transport, use and end of life of products sold, etc.); - Scope 3 concerns all indirect emissions linked to the company's upstream activity (travel of people to come to the workplace, freight, gas released by the purchase of goods and services used by the company, etc.).
2. Why carry out a carbon footprint for your company?

Article 75 of the Environment Code published on July 12, 2010 states that a carbon balance sheet is mandatory for companies with more than 500 employees in metropolitan France and 250 in the French overseas departments and territories. If a company does not comply with this mandatory carbon balance rule, it risks a penalty of €10,000, €20,000 in the event of a repeat offence. In addition to complying with the legislation, companies have several (good!) reasons to carry out a carbon balance sheet.

The first is to enable all employees to become aware of the importance of their GHG emissions. Once the carbon balance is established, it is easier to manage the reduction of emissions in order to fight effectively against global warming.

More utilitarian, the second reason is the better apprehension of one's dependence on fossil fuels. The more important it is, the more the company is likely to incur serious economic risks. Indeed, the price of a barrel of oil is extremely volatile... If they collapse at the moment while Europe is still confining itself, they could rise significantly in the coming months, as they did in May 2020.

The third reason is that more and more decision-makers, under pressure from consumers, are tending to sideline suppliers and service providers whose carbon footprint leaves something to be desired... According to an OpinionWay study analysing consumer behaviour in France, Spain, Portugal and Hungary, the sustainability of a brand is more than ever a factor of choice. In fact, 90% of respondents said they expect more commitment from brands. So, sitting on the sidelines to save the price of a carbon footprint? Not really a good idea.


3. What is the cost of a carbon footprint for a company?

It varies according to the number of employees and sites to be analyzed, the company's activity and the level of granularity that sponsors wish to benefit from. To get a better idea of the rates in force, various players offer carbon balance estimates, depending on whether the company concerned is in the tertiary sector or in the secondary and primary sectors. This is notably the case with Greenly, which facilitates the tracking and measurement of the ecological footprint of its users and SMEs in an automated way. Other players offer support with consulting, often more expensive but spending more time supporting the company.

In addition, ADEME has set up a system of subsidies to facilitate the process. These subsidies are granted to companies, associations or local authorities using external service providers trained in the ADEME's method of carrying out a carbon balance. For companies, the amount of aid provided is a maximum of 50% of the cost of the service, capped at 15,000 euros.

4. Which solutions and tools to calculate your carbon footprint?

Calculate your carbon footprint, nothing could be easier! Plethora of software programs allow you to make a quick calculation by filling out simple questionnaires. These questionnaires break down our consumption (of electricity, petrol, pomegranates, merino wool pullovers, iPhones, etc.) and translate it into greenhouse gas (GHG) emissions. But to carry out a company's carbon footprint, in the regulatory sense, It is better to choose a specialized tool that allows you to follow the standards of ADEME or the Greenhouse Gas (GHG) Protocol.

Greenly's software is distinguished by the automatic collection of the data used to calculate the carbon balance. The startup, labeled "GreenTech Innovation" by the Ministry of Ecological Transition, and elected Fintech of the year 2021, has developed its measurement automation technology by first offering individuals a free dedicated application to calculate the Kg of CO2 associated with each expense. To do so, Greenly's software dedicated to companies allows real-time monitoring of its carbon footprint, based on the purchase of goods and services, while allowing users to better visualize their main emissions items. Indeed, the software categorises all purchases (transport, food, etc.) to assess their impact according to individual behaviour.

Thus, the Greenly solution enables the most exhaustive carbon assessment possible to be carried out, insofar as it invites all employees to participate in the calculation by providing information on their daily actions that have an ecological impact, such as commuting, the use of energy, theuse of renewable energy, etc.using a computer, or sending e-mails…

We take stock of green news once a month (or more if we find interesting things to tell you):

Thank you! Your submission has been received!
Oops! Something went wrong while submitting the form.